Back in March 2020 with lockdown in the UK looming I thought it would be a good time to pick up some new hobbies. By day I’m a software developer working mainly on backend technologies on large servers, using VMs or containers. I’ve not touched electronics since my uni days, but was interested in getting back into some coding closer to the metal.

It seemed a good time to pick up a Arduino starter kit & play around in the microcontroller world. A simple 8 bit chip with 2Kb RAM (Similar to a NES) is certainly quite a change from the day job!

After playing around with some of the starter projects and probably inspired by a unusually hot summer I thought I’d try to build an arduino powered weather station as a first proper project.

This seems to be quite a popular idea, a quick search will show a number of guides out & youtube videos out there. 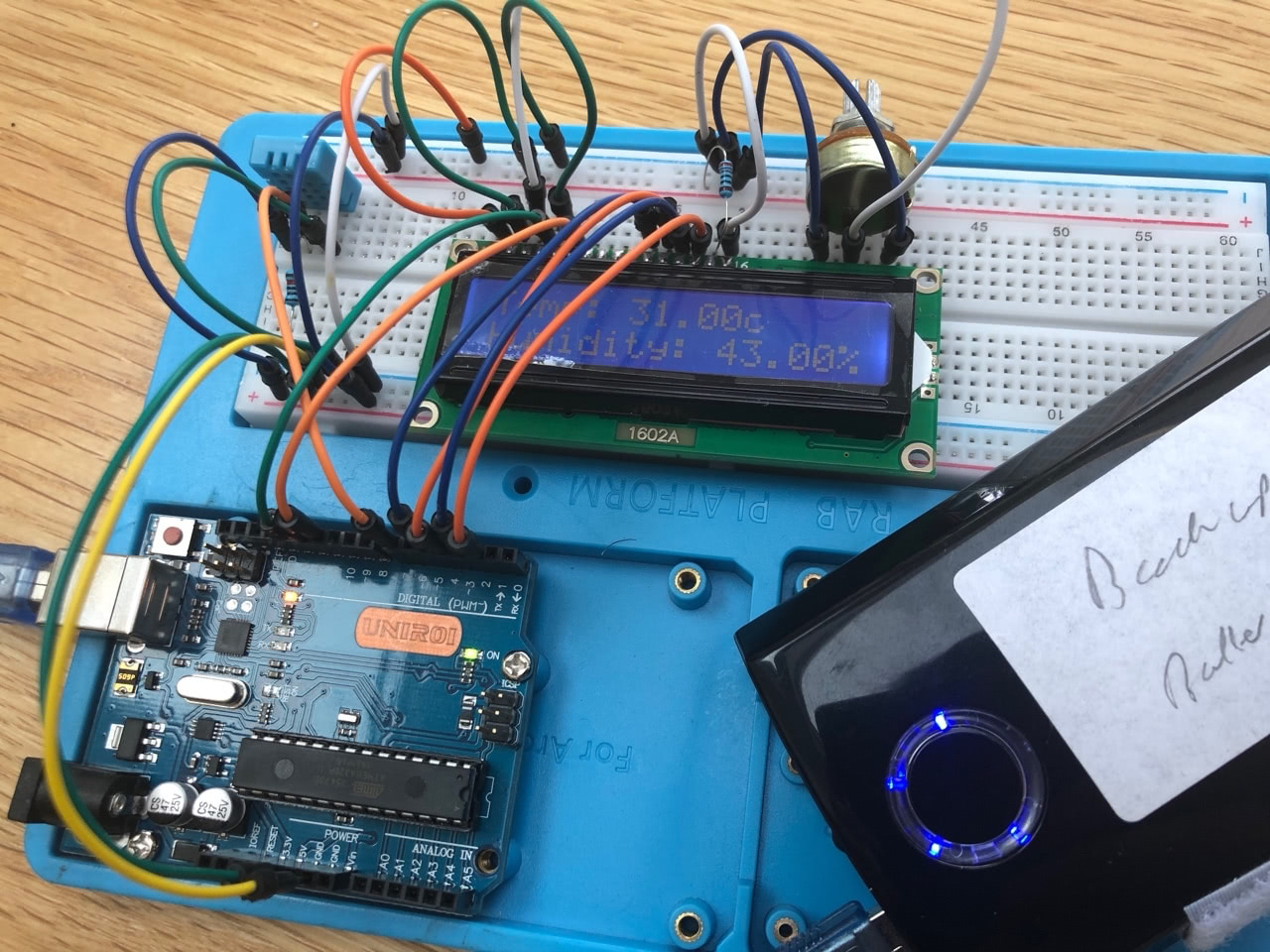 …but didn’t quite scratch the itch enough for me. While it was fun watching the temperature climb over 30 degrees,

I came up with the following list of requirements:

With these requirements in mind, a plan came together:

I’d been looking for an excuse to try the cheap RaspberryPi Zero out & have used Grafana for monitoring at work so knew it’s capabilities. I’ve got some experience with Prometheus for recording metrics, but it’s designed to pull metrics from systems, that wouldn’t work in this case. It seemed like a good time to learn InfluxDB, which you can push metrics into.

With a rough plan in place, it was time to start prototyping.

Having never made anything like this before I had to do a lot of research and experimentation before coming up with a final design, so I’ll be splitting up the build into a few parts.

Next time: building a prototype sensor, looking at radio transmitters and sensor modules.